All programs take place at the Prospect Heights Public Library's Borland meeting room and start promptly at 7:00. Nature Speaks is free admission but registration is necessary. 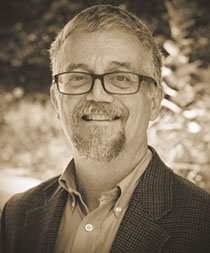 Curator of Biology and Vice President of Research and Conservation at Chicago Academy of Sciences’ Peggy Notebaert Nature Museum.

This is Taron's second engagement with Nature Speaks. This amazing presentation entitled “The Monarch and its Migration" explores the life cycle and the incredible migration of this most determined and most well know species of butterflies.

The monarch is the best known butterfly species in the world.  Its life cycle is closely tied to its amazing migration.  Doug will explore both the life cycle and the migration as well as discussing the butterfly's behavior on its wintering grounds in Mexico, efforts both in Mexico and Illinois to track population fluctuations, and conservation issues surrounding the monarch.  Learn what you can do from your own home to aid in conserving this iconic insect.

Doug Taron is the Curator of Biology and Vice President of Research and Conservation at Chicago Academy of Sciences’ Peggy Notebaert Nature Museum and has been employed by the Academy since the museum’s opening in 1999. He manages the 2,700 square-foot Judy Istock Butterfly Haven; oversees management of the Chicago Academy of Sciences’ collections; and heads the institution’s insect conservation biology research. Under Taron's direction restoration activities have involved nearly a dozen imperiled butterfly species, including the regal fritillary and swamp metalmark.

Taron shares leadership in managing Bluff Spring Fen, a 95-acre Illinois State Nature Preserve in Cook County, Illinois.  Since 1989, he has served as Director of the Illinois Butterfly Monitoring Network.  Taron received a BA in Biology from Colby College in Waterville, Maine in 1979 and a PhD from the Department of Biochemistry and Molecular Biology from Northwestern University in Evanston, Illinois in 1984.

All photos courtesy of Doug Taron